The Friends (including some MAFVA members) visited the Gunnery Ranges at Lulworth, close to the tank training centre at Bovington. Situated on the Dorset coast, it is a large area partly leased and partly owned by the MOD.  Live firing takes place on pre-determined days.  At other times the area is open to the public. Firing takes place seawards, and the designated impact area allows for a large margin of safety in direct firing, and ricochets which can travel long distances. Firing can take place day or night and is supervised from the gunnery control room. This monitors land and sea traffic in the impact areas. The control room is in close contact with civilian contract patrols and boats that police the area during firing days. Although tank gunnery is the primary use for the ranges, they are also used for helicopter machine gun crew and sniper training. Also on the ranges are some old hulks that were used as hard targets in the past, but seldom used now.

Apart from live firing, training is also carried out in Challenger 2 simulators, replicating turret control and gun loading systems. The simulators can be programmed to simulate various climatic and environmental conditions or time of day and night. Depending on crew experience programmes can be graded for complexity and allow comparison over time to monitor individual progress or with other crews.

The range has both static and mobile targeting systems. These can be programmed so that targets may present in different locations for specified lengths of time and the mobile targets also at varying speeds. They can also be used in night firing exercises.

Part of the visit included a trip to the abandoned village of Tyneham, which lies within the MOD boundaries. The inhabitants were evacuated in 1943, when the War Department required an area for weapons training and rehearsing beach landings for D-Day.  It was anticipated that villagers would return after the war, but the village became subject to a compulsory purchase order by the MOD.  The MOD still remains responsible for maintenance of village buildings, and although some have fallen into ruin, others have been kept in good condition as memorials. The village is accessible to the public on non-firing days. (Editor's note: see also The Village That Died for England by Patrick Wright - ISBN 057121441X)

Thanks to the gunnery centre staff for their hospitality.

Friends of the Tank Museum www.friendsofthetankmuseum.org 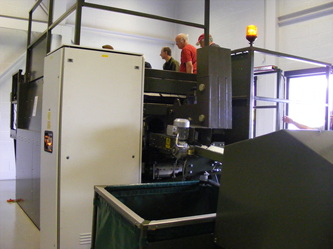 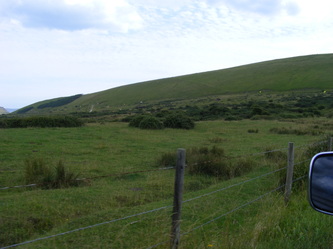 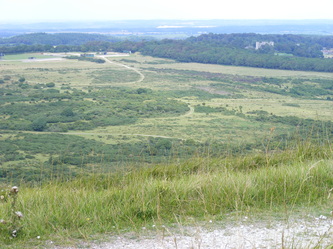 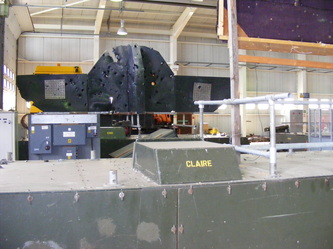 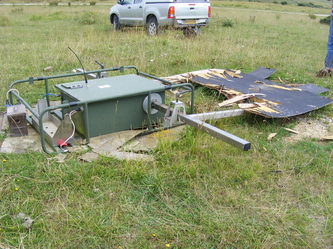 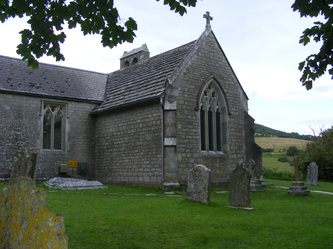