The King Tiger with “Porsche” turret is a simple kit.  Dimensionally it matches HL Doyle’s old Bellona drawing and JL Rue’s drawing in Encylopaedia of the German Army pretty well. However, the turret is more rounded in the plan view in both drawings. Detail for the most part is quite crisp and the parts fit together well.  I particularly liked the hull MG ball mounting which has a correctly stepped aperture as on the real vehicle.  Tools (with the exception of the jack), tow cable and the trackguards are moulded on. The Zimmerit anti-magnetic mine coating is absent, as is the commander’s view port on the left turret side. The flexible tracks are quite well detailed, but are of a somewhat stiff rigid plastic. I glued, painted and stretched these for a few days prior to fitting, and also removed some guide horns to get an easier fit around the idler wheels. Markings are for two Zimmerit-covered vehicles in Normandy and Hungary. Comparing the Airfix kit to the old 1/76 Nitto / Fujimi kit, both are fairly similar dimensionally, but the Airfix model has sharper detail. On the Nitto kit tools and trackguards are separate, and the side turret hatch is present, along with a fairly comprehensive interior. A significant omission is the armoured turret ring guard on the hull top, which is present on the Airfix model. The tracks are perhaps not quite as detailed as the Airfix kit, but are more flexible. The Nitto kit is, of course, harder to find now. I did not compare with the 1/72 Revell kit, which represents the more numerous production (“Henschel”) turreted version, nor with the more expensive Dragon 1/72 kits.

Only the original three trials examples of the “Porsche” turreted Tiger II did not have Zimmerit, so the choice is to model as a trials vehicle, or remove the tools and tow cable and add Zimmerit.  I chose a trials machine. Originally, these trials vehicles had flat front mudguards as shown on the Bellona drawing, and were fitted with a deep wading telescopic Schnorkel air intake on the engine deck.  Being test vehicles, they would have had changes and detail differences at different stages of their careers. For example, the wading device was later removed, and the Bovington trials vehicle has a later type of track fitted. They were painted dark yellow and carried no markings. 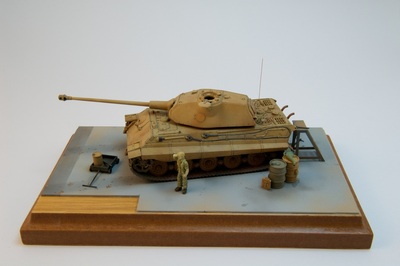 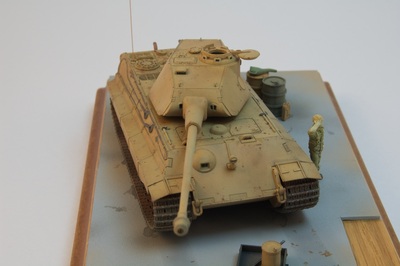 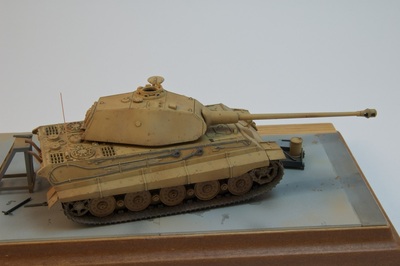 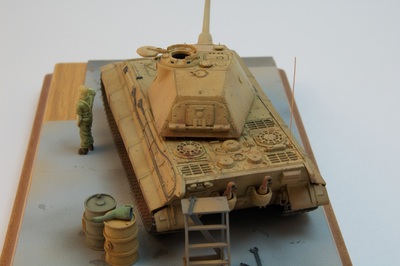 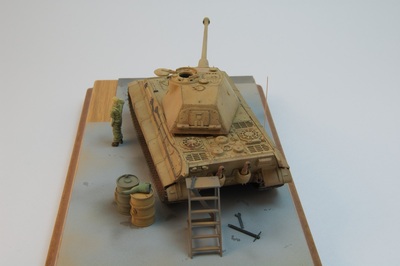 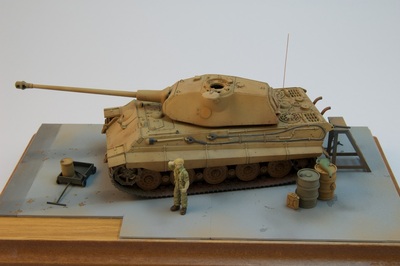